skip to main | skip to sidebar

The road to hell is paved with good intentions...
An SRC election candidate at Sydney university is proposing an 'Indigenous Education' program. Basically the candidate is undertaking to bring groups of Indigenous primary school students from remote Indigenous communities to Sydney University and put them through an intensive education course. There are number of fundemental problems with this concept that I will outline from my perspective.
Firstly this will be run by non-professional volunteer students, no teachers or specialist in the field will be running this 'intensive education' program. Volunteers are apparantly good enough for the accepted level of standards of Indigenous Australian kids.

Secondly there is a focus on the need to 'make them better' and fill the assumed lack in their education abilities. This is not through a culturally relevant approach that acknowledges the rich heritige of their identity and the challenges these kids face fighting for a 'western education' within their own cultural system, but rather in the rhetoric of what indigenous people 'lack'. 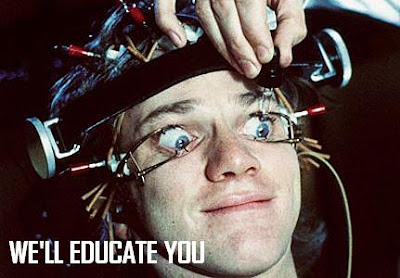 The program also completely ignores the fact that other programs exists with similar aims and inititives (both within the Department of Education and independant organisations such as AIME) and has failed to approach any employees from these organisations to either build a partnership between the SRC and these firmly established programs, or even to gain expert advice.

The candidate legitimised his focus on bringing Indigenous primary school students to the university environment because from what he's "heard primary school is the best age to get in and change them". No specific evidence based research or infact any research had been conducted to support the program, other than suggesting this would be a program that the likes of Noel Pearson would endorse...

On that note, the most disgusting approach in this program remains that there has been no consultation with Indigenous communities, organisations or schools! It is assumed that these 'well educated' university students know what's best for Indigenous people.This campaign is essentially supporting paternalistic approaches towards Indigenous Australians .
It would be far more beneficial and successful to focus on educating University students on Indigenous awarness. There should be a 'intensive education' program for non-Indigenous university students to learn about Indigenous Australian history, to give them the tools to engage in social commentary today and challenge government to move towards substantiative equality rather than the idea of ‘formal equality’ by provisioning ‘special assistance’, which is useless and creates further disadvantaged through a system that fails to take diverse Indigenous Australian situations into account.
Posted by hann ed at 9:49 PM No comments:

How can we get more young Indigenous peeps to vote? Stop being so IRRELEVANT

I'm going to tackle this question of young Indigenous participation in the federal election with a simple word: RELEVANCE...


Within the post- referendum era, what is the freaking relevance of a federal election to the majority of young Indigenous kids, in the policy of reconciliation and self-determination there remain severe limitations on asserting ‘Aboriginality’ and participating with equal citizenship for Indigenous Australians (Anderson 2003: 43). The contemporary experience of Indigenous communities is still affected by the process of colonial history. This process concerns the way in which Colonisers, European Australians and current institutions ‘know the Aborigines’  in a discourse of authoritative and essentialist ‘truths’ about the identity of Indigenous Australians (Attwood 1992: i).  Basically there is no faith in government policies to improve, what the hell is some new fat cat pm going to do to dust off years of Federal governments Aboriginal Affairs strategies of sweeping shit under the mat? 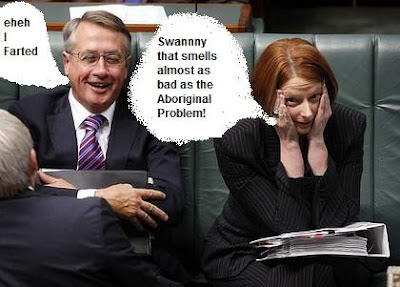 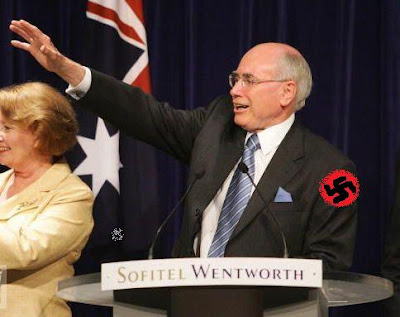 This has shaped a domination of government over Indigenous people sustained by relations of dependency (Morris 1988: 64). This form of welfare colonialism is veiled in a liberal approach of welfare systems in Indigenous Affairs (Morris 1988: 64). This is sought in the concept of ‘formal equality’  by bringing about social and economic change through the provision of ‘special assistance’, this is rather useless when  Indigenous people are  further disadvantaged by a system that fails to take their situations into account (Attwood & Markus 200: 84). The government approach should instead move towards substantiative equality or the equality of results (Attwood & Markus 200: 84). Welfare colonialism impedes the success of such equality, through hegemonic assumptions on the basis of politics of identity that rely on interpretations of ideology and culture (Morris 1988: 64). This allows for subjugation of Indigenous people into ‘objects’ of knowledge, removing their right to speak for themselves and endowing the production of their identity to experts and authorities of institutional systems (Morris 1988: 64).
Ethnographic context displays indigenous experience as a fragmented life. As Anderson aptly suggests equalities arises not because we are “retarded by the black bits”, but because produced dichotomous barriers of western perception fail to orient themselves toward the needs of Indigenous Australians (Anderson 2003:51). Such dichotomies of Indigenous identity are productions of colonial history through misrepresentations of ‘Aboriginality’ and the arising assumption of authentic and traditional Indigenous people. This leaves us with the problems of moving forward towards contemporary alternatives to “Orientalism” and “Aboriginalism”, to the possibilities of managing representations outside the dominate mode of thought. Government policies have entrenched this denigration, which lies on the bed of false legal jargon encompassed in colonial history. This inhibits Indigenous peoples voices to be heard and as a consequence they have been removed from their cultural integrity.

Essentially equality needs to be enshrined in the constitution to protect the rights of Indigenous people. The invalidation of ‘Aboriginalism’, in forms of ‘Aboriginal Studies’, based upon epistemological and ontological distinction between ‘Them and ‘Us and institutions holding authority over Indigenous Australians (Attwood 1992: i) is an integral part to appeasing the imposed misrepresentation of Indigenous Identity. This has been characterised by the overarching relationship of power between invader and invaded (Attwood 1992: xi). This authority masks the true representation of Indigenous Australia, rendering ‘Aborigines’ as objects, spoken for and contrived in artificial ontological terms on the basis of binary oppositions.
Posted by hann ed at 10:38 PM No comments: Another round for gAybbot. So some political square, Senator Cormann infact, has complained about the hash tag #Budgies when referring to opposition leader Abbot on twitter. More specifically Senator Bormann was chucking a tanty at ABC for using the tag in the context of Abbot's budget speech to parliament...oh scandal. Whatevs.


What's got me going however, is the question raised; since when did the media try to be relevant to micro blogging sectors? eh?


Does this mean public opinion will sway from the vice like grip of "the black art of politics". Public opinion has previously been mediated by the mechanics of politics in regards to access and angle of information (Anti-Discrimination Board of NSW 2003).Here's the equation: News uses race as an angle + results in discrimination and vilification based on race or culture = Human Rights issue.


Another human rights issue is the worlds exposure to the image of Abbot in budgie smugglers. ahhhhh.
Posted by hann ed at 12:51 AM No comments:

GenerationOne, apart from celebrity speeches wtf is it doing? 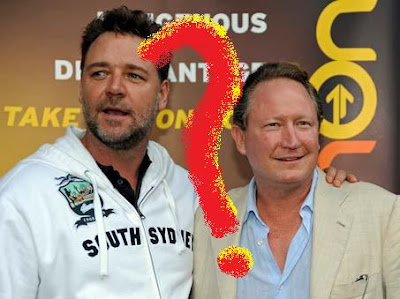 "You are beginning to deal with a problem that has been festering but can be resolved and needs to be resolved if the potential of this country is to be genuinely realised. And I don't mean that in any emotional sense or a cultural sense, I mean it in an economic sense."

This is part o' the speech  http://www.youtube.com/watch?v=unbkhEzW5L8&feature=player_embedded#! given by Sir Bob Geldof, that has pissed some high brow smarmy cats off. While I hold his sentiments, stick it to the man whatevs. My festering fucking problem is what the freaking relevance of some Irish rocker talking about exile is going to do! I agree this is an integral problem the process of 'invasion' (it's not colonisation, that's false legal jargon) has created a false representation of Indigenous identity. BUT I want to know what the endgame for the OneGen program is?!

Dude cudos to the concept "economically illiterate" though, Australia "have a go", but Aus has removed from our society of "having a go, five thousand of our own".

Really I just want some answers, what does this program achieve, does it not just follow the line of paternalistic policies, isn't it feeding representation based on the exteriority somewhat presided by the presence of truism? This is realised in the assumption that if the “Other” could represent itself it would, but it cannot so the representation generated by the dominate mode of the west pervades reality (Said 1987:21).
Posted by hann ed at 9:50 PM No comments:

Abbot at it again 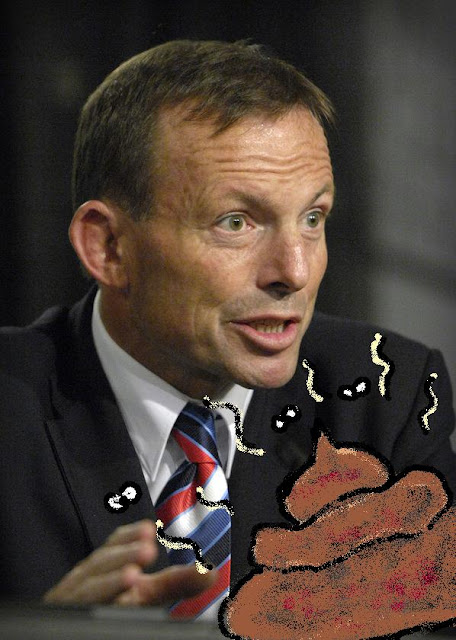 So opposition leader Abbot lets everyone know, something only the dimwitted already didn't know, that all politicians lie.
Abbots somewhat fatal performance on 7:30 report last night (mon 18th) shows what a real horror show retard he is. Publicly announcing his bullshitting techniques and that of politics in general. The only dribble to pass their lips in his opion that is to be taken as